At five in the afternoon I’m happy for the faithfulness of my floor fan. The cottage is hot, mid-August summer hot, but at least it’s quiet. The Man has taken the boys, with our guests, off of the island on an excursion and I’m left with a bottle of wine and blissful quiet. This is one of those days I’m glad to be able to work barefoot in a sports bra, on my own terms.

Up with the sunrise this morning, my days begin with a cup of tea and practice gratitude for the gift of getting to live in one of the beautiful places on the planet. Resisting the urge to photograph the sunrise every morning is an effort, with about a 50% success rate. These early hours are my time. Time to think. Time to write. Time to be present with my own heart and soul. And, also, time to work.

Long before I was the editor of a publication bearing the name, long before I joined hands with a renegade tribe of world changers who decided to make the concept the driving force of an entire company, I was a passionate advocate of living life On Your Terms. And I’ve lived it on my own.

There’s been a lot of buzz in the last decade about lifestyle design, work life balance, and intentional living. We’ve witnessed the rise of digital nomadism, the decline of the “old way” of doing business, and for the first time in the history of the human race it’s really possible to live in a cottage at the end of a dirt road, collaborate in real time with people on other continents, create content with the potential of reaching millions, crusade, actively for the greater good, and spend exactly zero office hours sitting behind a desk. I’d rather swing my feet off of the end of my dock while participating in a conference call, but that’s just me.

Those last three words: those are entirely the point.

Living within walking distance of more than about three people makes me claustrophobic. Travel sings to my soul. The freedom to pick up and go with no notice whatsoever is something I value, greatly. I want to work from at least half a dozen countries in any given calendar year. Spending afternoons goofing off with my kids and teaching them myself instead of sending them to school is important to me. I want to be able to eat three meals a day with my husband for years on end, or see him off on a six month adventure I’m not going on without tanking either of our careers. I want to be able to fly to see my ailing gram without having to ask anyone for time off, or take a week to attend a conference without worrying what my boss will think.

Life on my terms looks like waking up early and working until the boys stir, then puttering around the cottage for an hour. Writing on quiet afternoons with a fruity rum drink in hand, and editing in the ferry line up instead of at my desk. Life on my terms looks like putting people first, making space for neighbors, creating community for strangers, and being available at the drop of a hat to play Scrabble with my mom.

Living life On Your Terms means doing what you want, when you want, because you want to. It means work life integration. It means taking responsibility for shit. All the shit. All the time. It means there are no rules, and there is no “right.” There is only what you choose on a given day.

Living life On Your Terms means that you have choices and you make them.

It means refusing to compromise the things that matter most, and investing in building what is important to you. It means that no one is making your decisions for you, you’re making them for yourself, On Your Terms.

Living life on my terms means that I stopped writing right here, hopped up and made myself a batch of cupcakes, because I can.

Dispatches from the Tortuganauts in the last 12 hours:

“I haven’t gone outside in the last, like 4 days… this is what #onyourterms is all about!”

“I’ve been feeling a little overwhelmed since returning from my vacation. This has been totally self imposed. It’s demoralizing to be super productive, but still feel like you didn’t get nearly enough done. I’ve also fallen into the trap of reverting to my old routine and ignoring some of my new priorities. Anyway, time to try something new!”

“I can not be productive after a yoga class in an NYC summer, because all yoga is hot yoga on a 95 degree day in a city that doesn’t believe in central air (y u do dis NY?). And hot yoga turns me into a potato all day. No more morning workouts for me until it’s below 60 outside. I got through half of what I wanted to today and that’s super frustrating but ALSO OKAY because I’ll catch up next week.”

“I’m also going to be OOT in Green Bay, which I’m looking forward to. Need to do some floating around a lake for approximately 20 hours.”

“Guys, I feel bad. I am going to Wisconsin next week, but my line about floating in a lake was complete and total hyperbole. I’d like to swim in a like while I’m there. I’m doing another Clay Matthews spot next weekend, mostly because it’s fun and I’m doing it with one of my best buds. So no one be inspired by my faux OYT-ness. I’ll mostly be on Slack in a Radisson with the saddest casino ever.”

Here’s the thing about living life On Your Terms: It’s hard.

It sounds sexy. Giving the short version of my life over a bourbon and ginger to my friend who spends her life wrangling five year olds as a Kindergarten teacher sounds pretty damned glam. What is she doing next month? Wiping twenty noses. Tying twenty shoes. Peeling Jonny off the ceiling. And saying, “Don’t do that with a pencil!” Twenty times a day. What am I doing? Ten days in Italy, fourteen in Egypt, and ten more in Portugal, “But my work is going with me.”

Of course it doesn’t feel sexy when you miss a flight and get stuck in Calgary all damned day, or have to haul your svelte carry on bag with a broken rib (25 lbs is heavy when breathing hurts). But people get stuck in traffic too, right? The commute always sucks.

Living life On Your Terms means that you’re calling all the shots. If you want to slam one back mid afternoon, throw some Margaritaville on the turntable and bliss out in the sunshine, you can, even on Thursday. But it also means that there’s no one following up, no one holding your feet to the fire, and no one making it easy to do the next thing. The next thing is whatever you want it to be and so you’re forced to take responsibility, cowboy up, think about what you actually want your one wild and precious life to look like, and then make some damned choices about how you’re going to get there.

If you’re living life On Your Terms and it all goes to shit:

You want to play video games on your couch all day, let the sink fill with dishes and the laundry build up? I respect your decision. Good luck with that. You want to work 19 hour days building “PokemonGo only better,” existing on Red Bull and NuGo bars, outsourcing your personal life? Be my guest.

You want to rock the digital nomad thing, posting selfies from every beach, moving three times a week and then complaining non-stop on Facebook about how “hard” the lifestyle is? Knock yourself out.

Everyone’s terms are different. Everyone has a different idea of what “perfection” looks and feels like. What I want doesn’t have to be what you want; that’s the beauty of the whole concept.

Some people want the white picket fence on a cul de sac, 1.5 kids and Saturday mornings at the ballpark.

Some people thrive on the office job and water cooler chatter.

Others want to work from their treehouse in their pjs and spend more hours creating stuff than they do “working.”

Some people, deep in their souls, need to wander. They need it.

Most of the folks I know are happiest when they split the middle, controlling when and where they work, but not actually trying to avoid work; work invigorates most people. Most people want more of what matters to them and less of what aggravates them. They want to focus on their loves and create life around that. 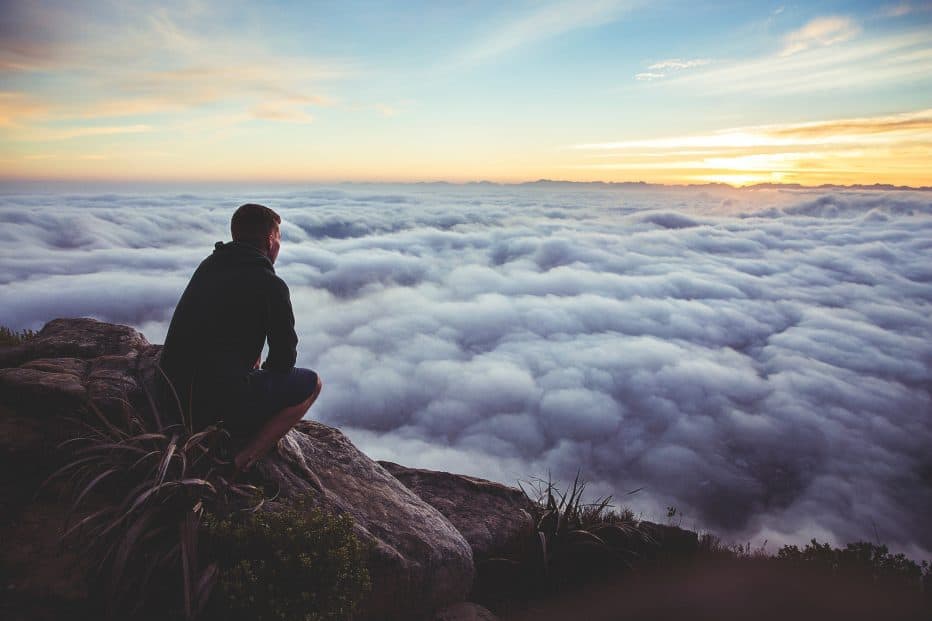 What we all want is choice.

That’s what living life On Your Terms is really all about. It’s about the freedom of choice:

And the freedom to change any of the above without the fear of judgement or retribution.

Of course, that means you have to take those choices in both hands and own them. You have to own them hard. If you over committed, you did that. If you aren’t performing to standard, that’s your fault. If you’re chronically stressed, you chose that. And if you’re rowing your boat along, merrily, merrily, merrily with a life that’s like a dream… you did that too. And that moment, that moment, is the one that makes all of the hard stuff worthwhile.

The team at Tortuga is dedicated, to the core of our beings, to the concept of living life On Your Terms. From the founders, Fred & Jeremy, right at the top, who’ve put together a team that works remotely, to the concierge team, marketing, the design and production team, even the editor of the publications, we’re all committed to the daily working out of our faith in the concept.

On Your Terms is not just a tagline on our website, or a pretty sticker on our packaging. It’s the heart and soul of why we make these bags and how we hope to change the world.

We came together because we share a vision for a different way of living, a different way of working, and a different kind of collective humanity. When we interact with our customers and our partners we’re inviting them to run with us, to push the boundaries, to test our limits, to seek greatness and to challenge the status quo.

Are you with us? If so, subscribe to this publication for regular doses of kick ass inspiration. Written something awesome about living life On Your Terms, let us know, we’ll share it. Give us a shout out with the hashtag #onyourterms when you’re feelin’ it, or when you’re struggling. We’re in this together, and we’re going to rock this lifetime, and the whole world, On Our Terms.